A BackaBuddy campaign, launched by the NSPCA, aims to raise funds for Advocate Gerrie Nel to represent the organization in a high-profile case in respect of inhumane treatment, which led to the suffering of defenseless, voiceless animals.

The National Council of SPCAs has the formidable task of ensuring the nationwide protection of all animal species from abuse, neglect, and cruelty. One of the most effective ways to do this, is through the courts. Sadly, in the fight for justice, the plight of animals is often ignored or found at the bottom of the agenda.

On being alerted to the situation on the farm, officials of the National Council of SPCAs found a gruesome scene of unfed animals left to starve to death after workers had allegedly abandoned the farm, having not received their wages.

Officials were shocked by the sight of about live pigs cannibalizing on dead and newborn pigs to survive.  Without the provision of water, the pigs had also been forced to drink their own urine.

Sheep, geese, goats and ducks were also among the neglected animals found on the farm.

By the time the officials arrived, 50 animals had already died as a result of the lack of food and water. 162 animals were in such a terrible condition that they had to be humanely euthanised to prevent further suffering.

“The NSPCA, having been approached by Advocate Gerrie Nel, is indebted to the legal team, without whom justice would not even be a possibility due to the enormous investigative process and the invaluable legal experience of the legal team. As said by Mahatma Gandhi: ‘The greatness of a nation can be judged by the way its animals are treated’,” says Marcelle Meredith, Executive Director of the NSPCA.

The Crowdfunding campaign on BackaBuddy

Two years after a criminal case of animal cruelty was opened for contravening the Animals Protection Act, the State declined to prosecute. An application was then successfully made to the Director of Public Prosecution to privately prosecute, allowing for a private prosecution which will be undertaken on a pro amico basis by Adv. Gerrie Nel.

A case of this magnitude is estimated to take a minimum of 30 days and can be extremely expensive. The campaign launched on donations based crowdfunding platform, BackaBuddy aims to raise funds to cover the National Council of SPCAs legal fees for the “Animal Farm”  case to successfully prosecute, raise awareness, and to make the point to future perpetrators that no one is above the law, irrespective of political power, money, and/or fame. A successful prosecution will also help develop case law.

“We need fellow South Africans to stand with us. As a society, we can no longer stand by and watch powerful individuals abuse their positions to carry out heinous acts without consequence”, says Advocate Nel.

Donate to support the NSPCA in their case against Modise

Donate to the ‘Animal Farm’ campaign on BackaBuddy to help cover the legal fees of Non-profit Organisation, the National Council of SPCAs, in its case against Thandi Modise.

The campaign has thus far raised almost R170 000 towards the fundraising target of R400 000 with contributions from over 500 donors.

Support this cause on BackaBuddy:

Alternatively, make use of this Snapscan code to make a donation: 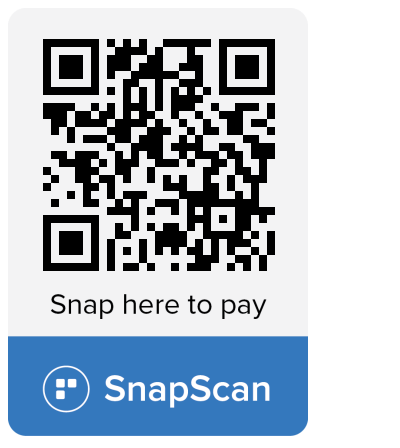 All donors qualify for a Section 18A Tax exemption certificate issued by the National Council of SPCAs.

Watch below: The Animal Farm Case on SABC News when the story first broke.

For more information on this campaign, email zane@backabuddy.co.za.

Reading Time: 3 minutes Rays of Hope, a non-profit organization based in Alexandra, Johannesburg, is hoping to raise R1…

Reading Time: 3 minutes The Issy Geshen Lamont Home for the Aged situated in the Lamontville township in Durban, South…

Reading Time: 3 minutes According to Stats SA, Four in 10 marriages don’t last longer than 10 years. To…

Reading Time: 4 minutes To prepare for the imminent third wave of the COVID-19 pandemic, Masks for Medics, a…

Reading Time: 3 minutes On the 18th of April 2021, a devastating vegetation fire quickly spread towards the University…