Kim Worrall (43) from Hout Bay, was volunteering in the victim support centre at the local police station, when she became increasingly aware of the lack of self worth experienced by young children in the area and how that often related to poor choices and run-ins with our justice system.

Worrall, seeking to empower young students, found an opportunity to express her concerns, when an existing dance school serving the Imizamo Yethu and Hangberg community fell on hard times.

“Many of our students come from difficult backgrounds where there’s domestic violence, a lack of stability, absent parents, unemployment, some live in extremely cramped conditions and don’t have a proper meal at home. With Amoyo we have become the family many of our students don’t have.” – says Kim

Amoyo currently teaches students aged 5 to 19 and since it’s opening in March 2015 has had over 300 students participating in the programme. Students who attend the programmes have also been commended for overall improvement and many have become role models for their peers.

“In 2.5 years we have increased school attendance, quadrupled our number of attendees, decreased teenage pregnancies by 100% to ZERO in the last 18 months, have potential school dropouts now becoming role-models and leaders, have children auditioning and being selected for professional shows” – says Kim

Amoyo has seen a number of success in the last 3 years and were recipients of the Ministerial award  for ‘excellence in developing self expression through the arts’ and the organisation’s governance. Amoyo’s founding teachers have also been praised by the Alvin Ailey Dance Theatre and leading dance and artistic directors worldwide for their phenomenal teaching.

While securing their own venue remains a pipedream, in the meantime, Amoyo operates currently from Silikamva high school, Oranjekloof primary school and the Iziko Lobomi community hall.

After 2 major operational funding letdowns, Amoyo set up a campaign on the donations based crowdfunding platform BackaBuddy to appeal to the public to save the after school program for the next 6 months while seeking larger corporate and government funding.

“We are giving encouragement, motivation and support in the way that every child and person should get in life but too few actually do. It’s important to show young children that they are wanted and respected. We have seen the power of changing negative thought patterns to shape positive behavior. We have seen the impact Amoyo has had on these wonderful children, we really hope the public will continue to support our BackaBuddy campaign” – says Kim

Amoyo currently teach 32 classes a week to the youth keeping them off the streets, safe and motivated. Classes cost approximately R2500 a term per child.

Alternatively make use of the Snapscan Code below: 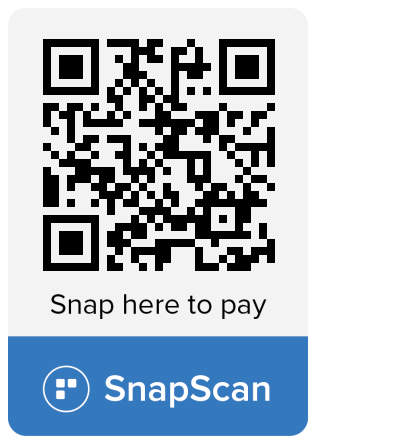 All donors qualify from a section 18A tax clearance certificate issued by Amoyo.