Beloved radio presenter, Ian Ward (42), from Cape Town, has been diagnosed with Stage 3B Lung Cancer.

For the past 20 years, Ian has dedicated his life to his passion for radio, starting young on the graveyard shift on UCT Radio and then presenting for Good Hope FM and Heart FM. Ian was also the founder of Clicks Live, a retail radio station operating in all Clicks stores across South Africa..

Over and above his love for radio, Ian’s passion for helping people lead him to join the Auxiliary Law Enforcement project, whereby he volunteers his time to keep his community safe whilst performing the sometimes dangerous job that Law Enforcement officers face.

Five years ago, Ian received unsettling news that he had colon cancer, and after surgery and extensive chemotherapy, Ian beat the odds and was fortunate to be in remission. Ian continued to have blood tests and x-rays twice a year to ensure his cancer hadn’t returned.

But on a routine check up last month, the pathology indicated a rise in Ian’s cancer markers. Concerned, doctors sent Ian for an MRI, where they soon discovered a  tumour in his heart and right lung. A bronchoscopy then was performed a week later, to reveal that Ian has Non Small Cell Stage 3B Lung Cancer.

On Thursday, 8 November,  Ian will begin high doses of Chemotherapy at Tygerberg Hospital.

Without medical aid, Ian is forced to take on a mountain of medical bills to cover the expensive cost of Chemotherapy and Radiation, estimated to cost approximately R150 000.

Hoping to raise funds for Ian’s extensive cancer treatment, Candace Orme (39), a close friend of Ian’s for over 23 years, set up a campaign on donations based crowdfunding platform, BackaBuddy, to appeal to the public to help support Ian and his family during this difficult time.

The campaign went live on the 28th of October and has thus far raised R25 794.91 with contributions from 30 donors from across South Africa.

“Ian faces a tremendous challenge ahead as he begins aggressive cancer treatment. During this time we hope to alleviate some of his financial constraints so he can focus on getting better and spend as much time as possible with his loved ones” says Orme.

With the funds raised, Candace also hopes to cover some of Ian’s monthly expenses as he is the sole provider for his family and  will be unable to work for a period of time.

“Ian has always been the type of guy you can rely on and he’s always one to help others. I know through all of this he will maintain his dry sense of humor and remain positive. He is not one to give up easily. We hope the public will support our BackaBuddy campaign for Ian, so he can spend more time with his loved ones” says Orme

“I was very surprised to see a BackaBuddy campaign started by Candace, but immensely appreciative. I’m not the type of person to ask for help, I struggle to accept gifts on my birthday or on any occasion!  I’m more so a giving person – always have been. It never crossed my mind to be on the receiving end of help. I was more so surprised at the response the campaign received in such a short time, and the feeling of being loved, by people I know and by strangers, is surreal. I’ve received messages from people whom I’ve never met, but has listened to me over the past two decades, offering messages of hope and encouragement, and each message has been taken to heart. I’m eternally grateful for my immediate support group at home, especially Stacey, who has stuck by me, and continues to do so, even through a second bout of cancer. You’ll never believe how many spouses leave, but Stacey has genuinely stuck it out with me. I’m not going to lie, it’s tough knowing that I have an (so called) incurable tumour, but I’m very positive, with God’s help, and the continued support of people from all over the world, that I will overcome this. I’m expecting a second miracle. ” – says Ian Ward

Alternatively make use of this snapscan code to donate: 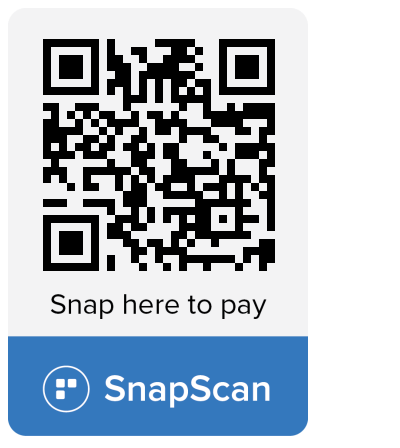 Reading Time: 2 minutes On the 4th of June, the owner of Jowetts Cycles, Ingrid Flint (57) from Ashburton,…