Brackenhurst resident, Bianca Ackhurst (22) was admitted to Netcare Clinton Hospital Intensive Care Unit in Alberton after experiencing flu-like symptoms and “Tingling” in her fingers and toes on the 3rd of July.

In a few short days, Bianca went from the bubbly and energetic personality her family and friends know and love, to being completely paralyzed, relying on a ventilator to breathe.

After close examination by Dr Adri Kock, Bianca was diagnosed with Guillain-Barré syndrome, an extremely rare and serious autoimmune disorder which attacks healthy nerve cells in the peripheral nervous system.

The incurable syndrome affects 1 in 100 000 individuals, while there is no known cure, doctors say the severity of the symptoms can be reduced through extensive physiotherapy and special treatment called Polygam and plasma.

Centers for Disease Control and Prevention (CDC) suggests that the disorder may be triggered by an improper immune response to  previous illnesses such as diarrhea or a respiratory infection.

Without medical aid, Bianca’s hospitalisation has already amounted close to R300 000. She has since been transferred to the Chris Hani Baragwanath Hospital, a government institution, where she remains in I.C.U. on a ventilator. Once released from I.C.U she will be transferred to their neurological department and then begin extensive physical rehabilitation.

“We as a family are absolutely shocked and devastated at the speed at which and the way this illness has affected our daughter, it breaks our hearts to see her laying unable to move or talk when just 2 weeks ago she was perfectly healthy” – says Bianca’s father, Jeff Ackhurst.

To help cover outstanding medical costs and ongoing treatment (costs of which are unknown at this point), the family has created a campaign on donations based crowdfunding platform, BackaBuddy to appeal to the public to support Bianca’s recovery.

The campaign went live on the 6th of July and has thus far raised R72 574.00 with contributions from 106 donors towards the fundraising target of R300 000.

“We are overwhelmed by the donations on our BackaBuddy campaign as well as the support, prayers and well-wishers we have received.  Thank you all from the bottom of our hearts.” – says Ackhurst.

“There has been slight movement in her fingers and toes and doctors are presently attempting to reduce assistance from the ventilator. We know it’s going to be a long journey ahead, but we firmly believe she will make a full recovery.” – says Ackhurst.

Support this campaign by donating here

Alternatively make use of the Snapscan code: 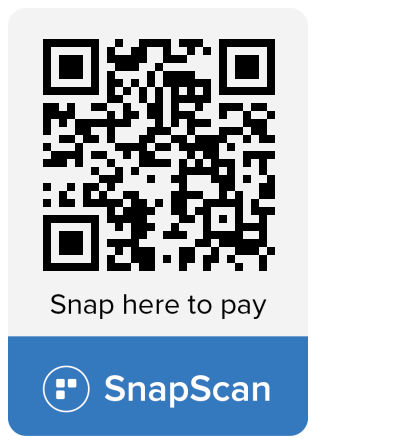 8-month-old, Baby Mahi, needs a bone marrow transplant to save her life

One thought on “22 year old left Paralysed after Rare Diagnosis”