Social Worker (22) with No Arms Crowdfunds for her Independence

Tinyiko Gwambe (22) originally from Tshilamba, a small town in Limpopo was born with no arms.

From a young age she was determined not be held back by her disability and saw her challenges as an opportunity to push herself further and to live her life to the fullest as God intended.

“I had to learn early on not play the blame game and accept myself for being born this way. I had to realise that with being disabled, my obstacles would oftentimes be greater than those of able-bodied individuals. So I pushed myself to do more, I found gratitude in exceeding people’s expectations of me and through scripture found the confidence to chase my dreams” – says Gwambe

When her mom passed at the age of 15, “Tiny” was removed from her loving aunt, Josephine Makhado who had dedicated her life to raising her and was let down by the constant changing of caregivers sent to look after her and negligent social workers who sent her to live with her father, who had taken her mother’s other sister as his partner shortly after her mom’s passing.

“The social workers did not have the experience to take care of me. They did not understand my needs. For instance, they would get a caregiver who did not even know how to carry me. The painful truth is, sometimes I would go a day without eating. It was difficult dealing with the loss of my mom and dealing with complicated family dynamics. I felt that no one was looking out for me and I felt really alone” says Gwambe

In the two years Tinyiko spent without her aunt, she found her purpose and decided to become a social worker to help others in her situation and provide the care and stability she craved growing up.

“I noticed how disabled individuals in the rural areas were affected by poor education, leaving them to rely on social grants which barely cover daily expenses or seek unskilled jobs. I also felt that my needs were overlooked growing up and that I got lost in the system and decided that I would be a part of the solution and empower others regardless of their disability” says Gwambe

In 2015, Tinyiko reunited with her aunt in Pretoria and began studying for her Social work degree (BSW) at the University of Pretoria, as a straight “A” student, she looks forward to tackling her masters degree next year.

The only obstacle Tinyiko faces now is mobility: currently she relies on her sister or boyfriend to make it to lectures, when they are unable to assist, she relies on public transport which can be unpredictable and often problematic.

Hoping to raise enough funds for a specialized vehicle imported from the UK, a campaign has been created on donations based crowdfunding platform BackaBuddy to appeal to the public to support her in becoming more independent and to empower her when she is placed into her first job as a social worker.

“Being a social worker often requires a lot of traveling and field work. To do my job more effectively and even make it to lectures for the time being, I will need to rely myself. Once this obstacle is overcome, I will be able to utilize my skill set and serve my community to the best of my ability. I really hope the public will support my BackaBuddy campaign” says Gwambe

Alternatively make use of the Snapscan code below: 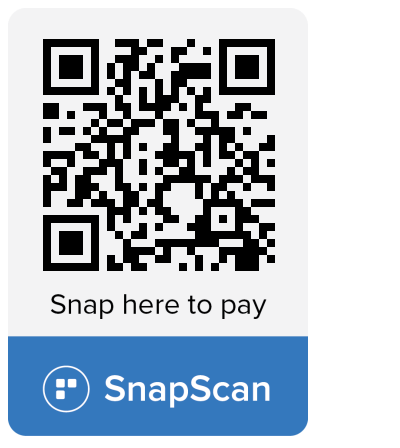