The fifteen members of the team representing the Avela Foundation are finally back in South Africa after a challenging yet extremely rewarding trek to Everest Base Camp (EBC). 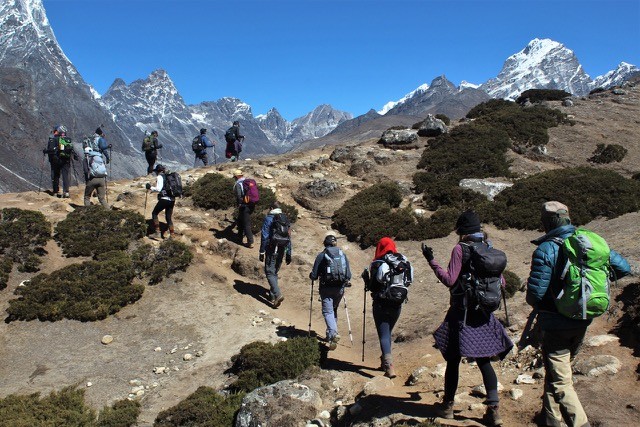 The 9 day day trekking route began at an elevation of around 2,840 metres at Lukla, Nepal on the 2nd of May 2018 and ended in triumph at 5,364 metres, at the base of Mount Everest, the world’s highest mountain in the world on the 9th of May.

“All our hard work and preparation have paid off”, says Cami Palomo, founder of Avela Foundation that helps children with serious burn injuries on their emotional and physical road to recovery.

“The efforts by this group of determined people prior and during our trek resulted in Avela raising nearly R1.85million on donations based crowdfunding platform, BackaBuddy. The funds generated by the campaign will be used to kick-start our U-Matter program and help refurbish the Kimberley Hospital’s burn unit”, says Palomo. (U-Matter is a psychological support network for burn survivors and their families.) 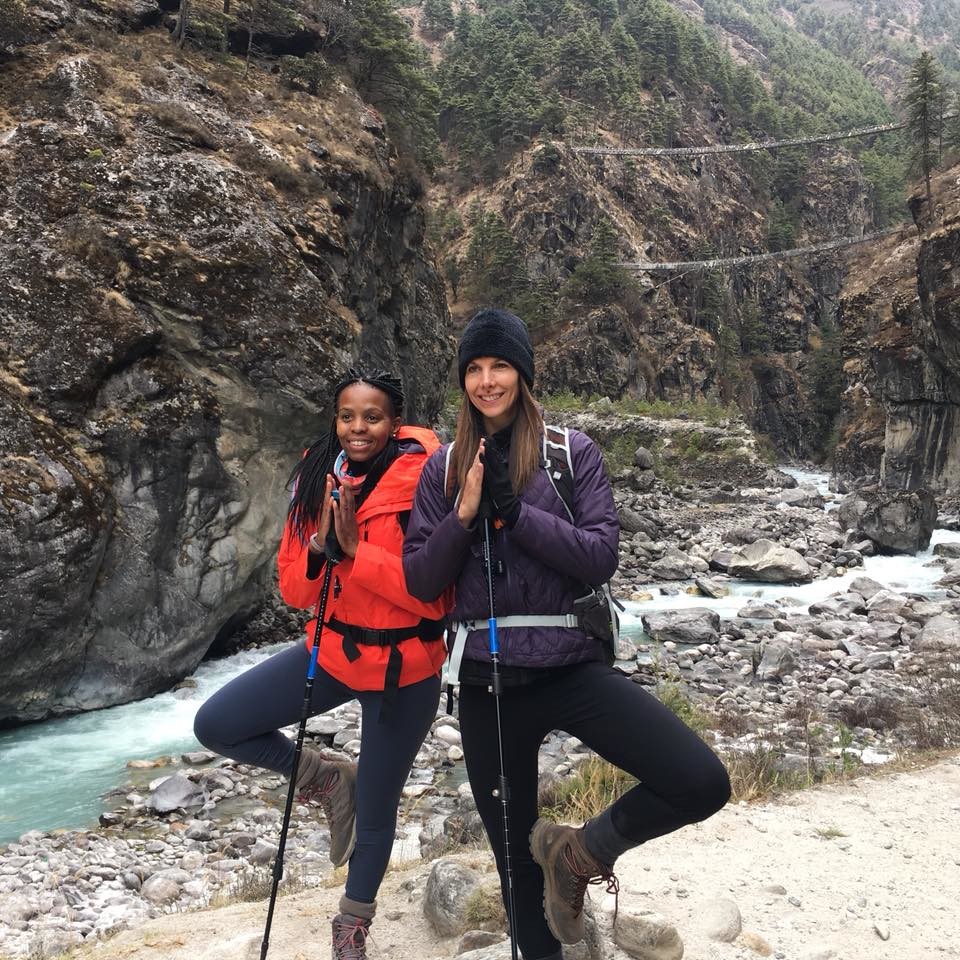 Writer Lanie van Reenen, one of the six Capetonians to join Avela to EBC, describes a remarkable, yet challenging climb:

“A few days in we reached the ‘above the trees’ part of the mountains. It is then when every member of our team had to confront our bodies’ reaction to altitude. It affects people in varying degrees and you are unprepared for the first onset – a vice-grip headache, nausea, sluggishness, sleeplessness and a lack of appetite. We had to dig very deep to find that strength within ourselves in an effort to continue. Failure was not an option as were embarked on this journey not for ourselves, but for the thousands of South African children who are in such desperate need of burn care.”

She describes the welcoming tea houses where their weary bodies could rest every day, the sense of wonder with the first glimpse of the highest mountain in the world and the team’s joy and pride upon reaching their goal. “We were on top of the world!”

Van Reenen says completing the expedition was also a personal achievement for every single member of the group – ordinary people that decided to embark on an extra-ordinary adventure for a noble cause. 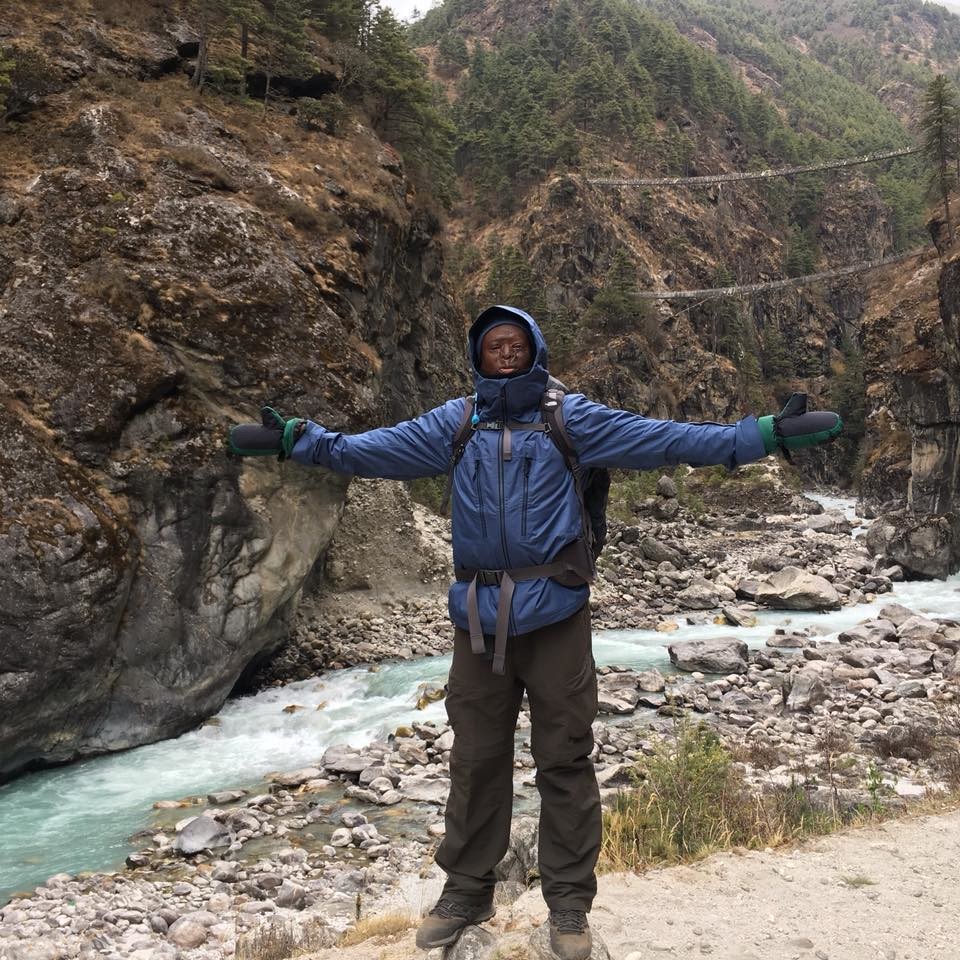 AmAmong the hikers, the Head of the Avela Mentorship Programme, William Baartman, who at age of three years old, was a victim of gross Human Rights violation when his home was petrol bombed by local students. He sustained 75% burn wounds and lost his younger sister, Grace in the fire.

“When I met William Baartman in 2015, he was a timid, soft-spoken man that barely looked me in the eye when we spoke. William’s story is not of self-pity and hate; it is of triumph, courage and positivity and that touched my soul and didn’t let go. He has become a brother to me over these years and has blossomed into a leader and healer and is changing the lives of the children who are burn survivors every day. “ says Lindiwe Suttle, of the Avela Foundation.

“I was too afraid to leave the house because I was scared of what others might think and now I have climbed to Mount Everest base camp ! I hope to send a message to those hiding from the world, that there’s hope for them, hope they think doesn’t exist.”- says William

The beginning of a new journey.

“We have raised the funds and have come together as a team; we have collected memories that will last a lifetime and we have formed solid friendships. That is however only the beginning,” says Palomo. “The hard work will now truly start.”

It is estimated that 3.2% of the South African population annually sustains serious burn injuries and an astonishing 68% percent of South African children younger than 14 have experienced scalding burns in their short lifetime.

“We provide hope to those kids who are in desperate need of physical as well as emotional care after having suffered life- threatening or debilitating burn injuries”, says Palomo.

If you would still like to contribute to Avela’s campaign, you can do so via their BackaBuddy page here. The campaign has thus far raised a total of R 1 845 871.27.